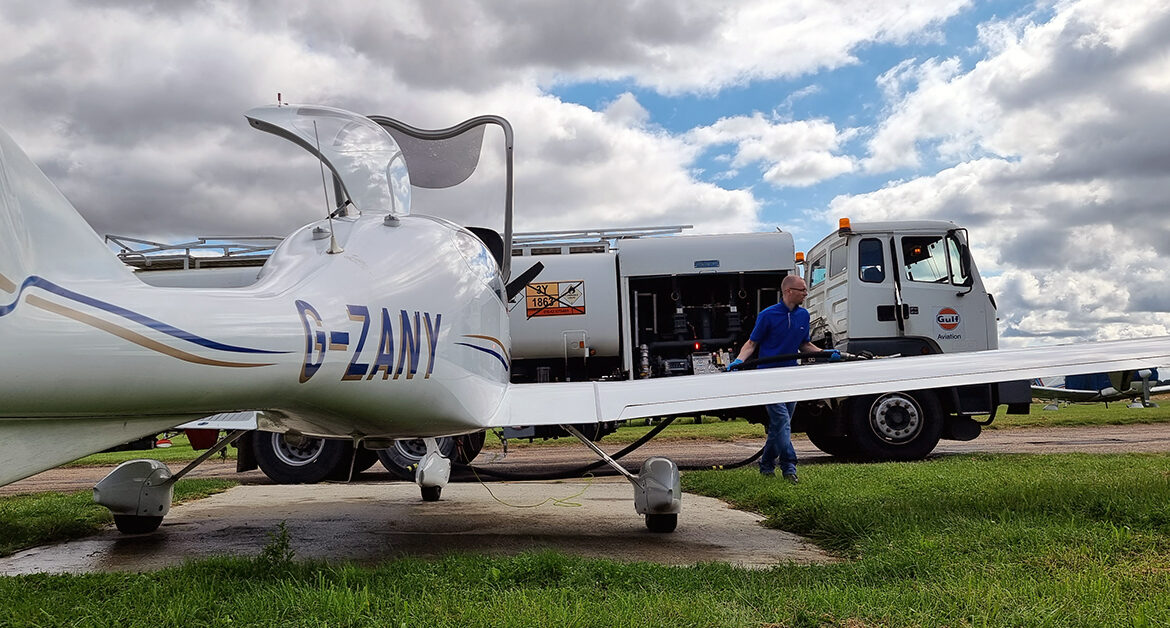 Barely a few days had passed and I was already planning my next IFR trip.  I had a mental list of all the people that I had previously turned down due to my ongoing IR training, of which as result any additional trips outside of this training detail were canceled.  I wanted to go somewhere that I hadn’t been before and most importantly I didn’t want to fly too far due to the sheer cost I had spent on the previous months flying.    The idea of this flight was to boost my Instrument Rating Confidence, along with experience at an international airport outside my comfort zone.

So I invited a friend I hadn’t flown to within at least 8 years.   This would be his first time in this specific aircraft and he had family connections in Sheffield, so the obvious choice would be an airways flight to Doncaster Sheffield [EGCN].

For my route planning, I now always use AutoRouter.  The tool is free and you can get a rough idea of flight times (Although from my experience these are 10-15 minutes out), which most usually uses more than 5% of contingency fuel.  I suspect I would need to tweak the performance figures slightly based on what is flown and see if that gives me the real-world performance of the airplane.  This system automatically validates using the Eurocontrol system, so will usually give multiple accepted options.

The Daventry Control area which provides controlled airspace from NW of London right up the Midlands is a very busy bit of airspace.  Not only do you have arrivals and departures from the US into the London Airports, but also traffic serving Manchester, Liverpool, East Midlands, and pretty much a majority of the UK domestic traffic and flights within the Common Travel Area.    Doncaster Sheffield is to the far right of this airspace structure and provides a logistical challenge for a small light aircraft that is wishing to travel as quickly as the crow flies.

There is one routing the system gives, but this puts you well outside controlled airspace for a majority of the flight.  Sometimes AutoRouter will give you something that is not valid for Eurocontrol purposes, but by all other alternatives, you can use the SRD – STANDARD ROUTE DOCUMENT.    Filing this on the AFPEX system will give you one of two messages. ACPT or REJ.    Any rejection will usually show the recommended route for that flight.

I was interested in how my departure would be handled, would it be similar to the Newquay flight and would I initially route via BPK? The area around Brookman’s Park is a very busy bit of airspace with lots of crisscrossing of various bits of traffic in and out of the London Airports.  This routing choice also keeps me entirely within Controlled Airspace for the duration of the entire flight.

During the planning phase for this flight unfortunately I kept trying to force the system to route me via BPK, and it just wouldn’t accept it.   Eventually, I went with what the system gave me and hoped for the best.   The initial departure time should have been 09:30, this then became 0945 and even later on the day…

The routing back in the evening from Doncaster would be relatively straightforward, departing on a SID and with no real need to wait around outside controlled airspace for a clearance.   The accepted routing was a bit annoying, as it would take you to the North West initially before turning you down towards the Daventry Radar Control area and into London.    The filed level back would be FL90.

My friend informed me the day before that he would not be able to meet as originally intended.  So once again I had to send a DLA message and delay by approx. 1 hour.  This was frustrating but would probably mean we wouldn’t arrive until after lunch and would chew up valuable time.  I suspect in the future I need to be a bit more precise with timings and ensure the passenger’s expectations are that the flight should depart at this time with no changes due to the absolute embarrassment of having to send a DLA code for anything but weather or flight safety.

On the morning of the flight I tried to file my flight plans and they weren’t accepted by the system, eventually, I fine-tuned them and they were accepted. This caused a slight delay in me leaving for the airfield.

During my whole training, I very rarely departed on time, except for my 170A and IRT.  This isn’t acceptable by any means in the IFR world, however with the ongoing COVID-19 pandemic; it can be somewhat expected to get away with it now.   But surely this couldn’t be an expectation going forward.   Inevitable delays can’t be helped, but not turning up to the airfield with a reasonable amount of time and just accepting it for what it is, is by no means the way to go.  In the future, I plan to resolve this, but thankfully on this occasion, the flight was accepted into the LTMA.

As we departed towards Doncaster we were given an initial level off before being climbed up towards an area of Airspace called the Midlands Radar Gate.  This is an area of airspace that traffic inbound to airports in the Midlands is separated by Gatwick LAM departures and traffic flying further afield. This is a lateral separation method that is caused by the constraints of the design of the airspace.  We reached our cruise level of Flight Level 100 relatively quickly and were given radar headings up towards Northampton.  Because of our level in relative to inbounds to Birmingham and East Midlands we were vectored around those airports to not conflict with other traffic.

We were then given initially direct Doncaster, but then the other radar controller vectored us towards the start of the STAR (TNT1D). I was under the impression that we would be vectored all the way in but we were told to fly the STAR.  This should have been more clearer earlier on as I had deleted it from the system in an attempt to tidy up the display.   We then quickly inputted the STAR, whilst being given descent Instructions from Radar.  This was very annoying and increased the workload, although lesson learned, don’t delete until absolutely necessary.

I requested an ILS/DME RWY 20 and was informed that due to faster aircraft inbound in a similar position to myself I would be vectored over the top of the airfield and for a left base.   There was a strong crosswind that I had to fight with down the approach, but a beautiful landing resulted and a quick expeditious vacate due to a Whizzair A321 right behind me.    We taxied over to the Ramp for General Aviation Parking and was marshaled onto stand-by Consort Aviation.

One thing I noted was that every attempt to not leave controlled airspace by the controllers was conducted on this flight. We did not leave it all from the moment we entered. You can see this from the route below that was flown whereby we were kept within the confines of the Daventry Radar Control area for the entire flight.

We were handled by Consort Aviation, who was very accommodating and met the aircraft on arrival. We had a short drive-through security, in which you must have a form of valid ID (Passport or Driving License) to access the ramp.

We parked for a fair few hours and utilised the lounge facilities, which came with the usual caveats of soft drinks, hot drinks, and snacks. We were able to check the aircraft and come back to the lounge to meet my PAX before boarding which is very handy.

The cost to land was £36.00, Parking was £24.00 as we surpassed the free limit and the handling fee was £18.00. I did not uplift fuel for this flight. I would highly recommend visiting Doncaster Sheffield Airport.

We visited Whitby’s Fish & Chip Restaurant which is a fairly short drive into Doncaster. The airport itself is located South East of Doncaster in a place called Finningley. We were recommended this to us by Consort Aviation and wow what a choice.

The place is clean and the service we experienced was great. We ordered some starters, of which I ordered wholetail Scampi. The mains are huge, so I elected for a child’s main of two battered sausage chips with mushy peas and chips. This wouldn’t go a miss without a side of Curry Sauce.

I gave the aircraft a full once over, checked the weather, any pertinent NOTAMs, and briefed my passenger for the quick return journey back to London. We only departed 10 minutes late for the return flight and after a brief taxi to the runway, radar released us for departure.

Annoyingly the UPTON1A from Doncaster Runway 20 goes straight ahead for a few miles before turning back North westbound to join the airway. This is quite frustrating because it’s the complete opposite direction to the destination.

Once we had achieved a certain altitude we were turned towards the South West, We flew this for a fair few miles before I requested from ATC a more direct shortcut. They had agreed on this once I had cleared some inbounds into East Midlands which seemed very busy.

I was given a further shortcut to direct Stapleford somewhere over the Midlands. This was a very nice shortcut that allowed for a beautiful sunset descent over Luton towards the Brookman’s Park area. Luton was very strict on my descent due to the inbound traffic before leaving me to resume my own navigation BPK > LAM and leave controlled airspace.

The weather for both sets of flights was completely non-eventful. There was a relatively strong westerly wind the further north you flew, and additionally because of a weak frontal system situated over Anglia to Scotland, there was a thin broken/overcast layer stretching most of the country.

This created a strong crosswind with Doncaster’s Runway in use and made for a rather interesting landing. The resultant winds provided a quick flight time back to Stapleford in the evening.

The outcome of this flight provided me with the understanding of what to expect at any major airfield, such as the then-planned flight to Amsterdam in early September (That did not go ahead due to the cancellation of the ASOT1000 festival). I also found a boosted confidence flying within the IFR system and increased my level of attention to detail in this fairly quick and busy flight up the spine of the country.

The aircraft is a DA40 TDI, which uses a Thielert “Centurion” 135 hp (101 kW) diesel engine and burns diesel or jet fuel. It has a constant-speed propeller and FADEC (single lever) engine control. G-ZANY is based at Stapleford Aerodrome, Essex, UK and was delivered as new in 2003.

Read more about the aircraft on the dedicated page

Welcome to The FLYING VLOG…

I am a current PPL(A), SEP (LAND), IR(A) SE/SP PBN, IR(R) & Night holder. Flying the world, exploring its hidden treasures. Taking pictures and vlogging the journey; I hope I can provide you with an oversight of my progression and as I develop my skillset and airmanship in exclusive videos on my YouTube channel.

Now flying IFR in the Airways of Europe & beyond. Bringing you an exclusive niche to YouTube, flying in the same skies with commercial airliners.

Join the discussion and tell us your opinion.

Return from Doncaster | The Flying VLOG

Cookies
We use some essential cookies to make sure our website works properly and is secure.  If you allow us to, we’ll use some extra cookies to collect information about your visits. This will help us to improve the site, personalise your experience and our marketing.   Find out more...